Every revolution begins small. Really really small. It begins in the background, and it begins generally without anyone noticing.

In my case, hardware things always seem to begin with a 74LS04. 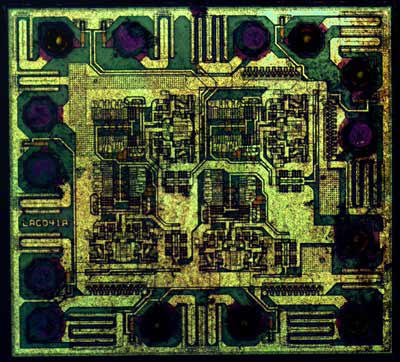 In this day and age of a billion transistors on a chip, one might wonder about the utility of this old and slightly stupid little gizmo with only 30 transistors. And yet, I don't know why, but for some reason, it seems that every project needs at least one of these things somewhere.

Down here in the L2VR skunkworks, the last year has seen us happily bubbling away in stealth mode. But it's 2016 now, and time to start opening the doors on our little research project. You see, we like to think that we're building a little revolution down here in the southern hemisphere. It's starting out simple, with a camera. Nothing more, and nothing less. Just a camera.

I call this camera the X1. It might be a little cheeky to name something after the first aircraft to break the sound barrier, but I'm a big fan of the original X planes. Those first X planes represented an amazing time in aviation, when engineers built amazing and terrifying experimental aircraft, with pilots who had the audacity to then get in them and fly them. Every flight pushed an envelope just that much farther out. The era was a time of enormous innovation and exploration the likes of which aviation hasn't seen since. It was after all, a time of revolution.

And why a 74LS04? Well, it's a chip that turns a signal on it's head. It may use tech from the 1970's, but it's a revolutionary little chip after all. And who doesn't want a little of that?

Oh, and who am I?
I'm Lance Lones, reluctant revoltionary and Chief Prognosticator here at L2VR.