Design is fun. It’s that great place where you can go and let your imagination soar like mad. The best part of the whole thing though, is that phase in the design cycle where actual physical bits of things get made. It’s that time when stuff arrives in the mail from suppliers, and you get to bolt things together, and see the design come alive.

Now in case you hadn’t noticed, we’re fans of this great organization called NASA, and as kids, one of the best things about the human spaceflight programme at NASA, were all the switches.

Lots and lots of switches. 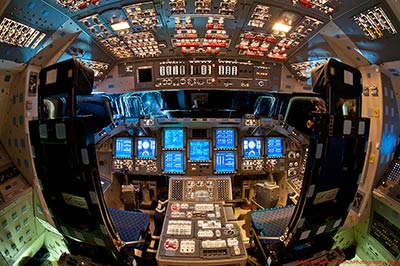 Look at all those switches!

I’m not sure why, but there’s something immensely satisfying about the solid snap of a good toggle switch. It’s a little silly, but that wonderful mechanical snap feels an awful lot like the pinnacle of human evolution. With one little click, a human being can launch a whole spaceship. Now I know, the current trend (and it’s a trend that makes an awful lot of sense from an efficiency point of view), is to throw away the mechanical switch in favour of a fine multi-touch display. And don’t get me wrong, the miracle of the multitouch interface is in fact truly fantastic, and a little science fiction. But it still isn’t quite as satisfying as that mechanical certainty of a real switch.

So that’s why, when a few simple power switches arrived in our office just the other day, there was a moment or two of gleeful silence when everyone just…well.. snapped the darned switches.

We’d specified a mechanical switch with a very specific action, and honest to gosh, the things that arrived were hugely satisfying - with a perfect little solid click. No wimpy tv-remote style switches here, a solid ping will tell you you’ve turned our camera on or off. Yes indeed. Out of deference to the multi-touch folks (who we love to death), we’ve only included one mechanical switch, but we have a strange affinity for it. 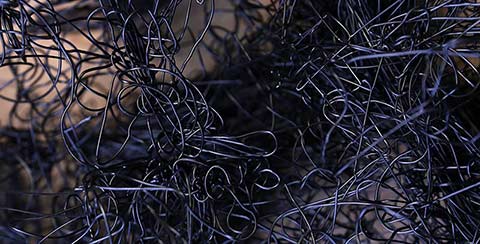 Oh, and as to the spaghetti? Well, like anything, design doesn’t get stuff right all the time, and sometimes you end up with a bit of spaghetti in the process. In our case, it’s more real than you’d expect, and sort of looks like this:

I guess from time to time, a little spaghetti from the 3D printers isn’t actually a bad thing.